"Your sister, – he says, – plays very well. Doesn't she want to study at the conservatory?"...
"No, – I say to him, – she already studies a ferro-concrete speciality".
Arkady Gaidar. "Timur and his crew".

As you know, nothing in our world is absolutely unchangeable: all things and phenomena constantly arise, transform and disappear, no matter how much we would like the opposite. The well-known events in recent Russian history led to many chain reactions, which resulted in a serious reappraisal of our personal values. We made a well-considered and deliberate decision to close the label and distro.

So it is the last Zhelezobeton newsletter, at least in the current form. We don't have any new additions to our catalogue, except for the only release from the Danish label TOPOS – a compilation of Russian experimental & noise artists called "Война (Vojna)" (Russian for "war"), expressing their attitude to the current obscurantism. The compilation is available on CD and cassette at a special non-commercial price.

If you wanted to order something from our catalog, but hesitated for some reason, then now is the best time to do it, especially since many items can still be bought at half price as part of the summer sale. Orders will be accepted until August 23rd, after which the mailorder will be shut down.

Thank you for your support during all these years! Your enthusiasm has been the best energy that allowed us to carry on this activity for so long!

Seeds planted a long time ago continue to grow – and here we have a new crop! 200 copies of the new CD "Agdy" by Lunar Abyss Deus Organum, released in cooperation with kultFRONT as a part of the archive series "Znaki / Die Zeichen". Ten tracks recorded in 2003-2013, scattered across compilations and previously unknown, are finally assembled into a single pattern that opens the doors to the space of dreams.

Moreover, BioSonar^Lo-End re-released one of the early works of Lunar Abyss "Arktika", originally published 20 years ago by the cult label Ultra run by the late Alexander Lebedev-Frontov. Aside from that, our distro features new releases from such Russian labels as Ksenza Records, Dronarivm, Nazlo Records, Paper Moon Republic, and the projects t_error 404, Purba, Hum / Maw & some more.

This time, there are not very many new titles from our foreign colleagues: a few cassettes from the Swiss label Rumour Rest releases from the Italian avant-garde label Musique a la Coque, the French industrial conglomerate Force Majeure / Nuit et Brouillard, and another large selection of cassettes from the European and American PE/HN scenes.

As always, some of the materials from today's update are played in ZHELEZOBETON mix #54:


Dying of the irresistible desire to pack as many parcels as possible and run to the post office more often, we decided to make a SUMMER SALE! Well, half-summer, but nevertheless! Almost 2000 titles from the distro catalogue and the second hand list are available with a 50% discount on orders of 10 or more items – just like in the traditional winter sale. The offer will be valid until the end of August. 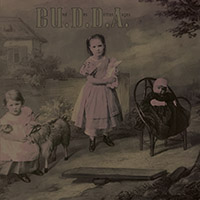 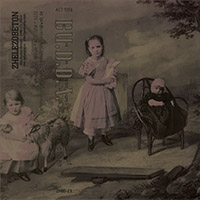 Our humble manufactory is still working and we're pleased to present the new release in Zhelezobeton Distribution Division series, created in cooperation with the German label attenuation circuit. This is the new work of the duo Bu.d.d.A. (Bund des dritten Auges), comprised of Sascha Stadlmeier (EMERGE) and Chris Sigdell (B°TONG). An original look at ambient music played on "normal" instruments!

We got some releases from the international scene as well: new releases from the German label Drone Records (new CD-series called SYM), CDs and cassettes from the Slovak label Aliens Production, a few releases related to the label & distro Tesco Organisation, many different harsh noise and power electronics cassettes and a selection of Zoviet France records from Vinyl-on-Demand.

For those of you familiar with the work of Alexander Lebedev-Frontov (Linija Mass, Veprisuicida, etc.) it may be interesting to know that the Moscow-based bookstore Tsiolkovskiy has published a book devoted to the analysis of his work. It's written in Russian language, but its special value is that it contains more than a hundred of ALF's graphic works collected together for the first time: from sketches to famous full-scale collages and photographs of physical objects. Some pictures are available on our facebook and instagram pages. You can order this book from us, it's €10 + postage.

New ZHELEZOBETON mix features some tracks from today's update, give it a listen:

Looking at the atrocities which our country is making in Ukraine, at the same time slipping into the triumph of narrow-mindedness and self-profanity, it was difficult for us to continue the activity, so this year's second newsletter comes out with some delay. Many services, which we have been using for decades (PayPal, Discogs, Mailchimp, etc.), have stopped working with Russian accounts and it took us some time to fix all this, thanks to the help of our friends. At some point we managed to gather our spirit and find the strength to continue working in the musical field, so today we are pleased to present a new release – the split-tape between Petrograd Drone Gathering and Moscow Noise Manufactory with live recordings made in November 2021.

During these uneasy times Russian Post still remains fully operational and sends packages almost worldwide, except for Austraila, Latin America and a few countries in Europe, which decided to cease postal communication with Russia (Denmark, Finland, Poland, Sweden and Ukraine). If you wish to order anything, please send an e-mail to mm@radionoise.ru or zhelezobeton@inbox.ru. All packages are sent registered so they won't get lost. Reservations are possible for a reasonable period.


As a bonus, we can suggest you checking out the recording of a tape set, played by DJ Kryptogen during the cassette market in St. Petersburg on February 23rd – just a few hours before the start of the infamous and inglorious Russian "special operation": 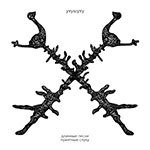 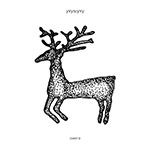 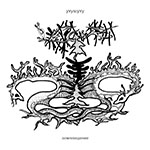 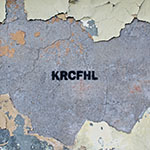 Together with the label Nebosvod we are pleased to present the long-awaited extended reissues of the first three albums of the St. Petersburg project Uhushuhu: “Long Songs Pleasant for Hearing”, “Onega” and “Geoscience”. Each album is released as a double CD, meaning that the whole set contains three bonus CDs with previously unreleased material! The price of each edition is €14, when purchasing all three at once – €36.

Besides, we now have the double CD version of the KRCFHL album, supplemented by four remixes. The analogue version on an 85-minute cassette was released in December.

As usual, some of these works are featured in the new mix:


As a reminder, there is only a month left before the end of our WINTER SALE. When ordering 10 or more items marked with the [-50%] sign from the distro catalogue, they will be subject to a 50% discount. Part of the second hand list also participates in the sale, discount items are marked in green. A good chance to replenish your stock of strange music in economy mode!